The alchemist reads a book that contains the story of Narcissus. In the book, Narcissus becomes so enthralled with his reflection in the lake that he drowns. The lake wept because it, too, enjoyed seeing its reflection in Narcissus’ eyes. This ending is an addition to the original story.

The narrator describes a shepherd named Santiago, who sleeps in an abandoned church he discovered with his sheep. He wakes up because of a disturbing dream he had. He talks to his sheep about the year prior, when he met the daughter of the merchant, whom he was on his way to see and sell some wool.

He wants to stay there when he meets the merchant’s daughter again. Instead, he sells the merchant some wool and agrees to come back the following year. The story skips forward a year, and he has the same disturbing dream as the year before. He visits a dream interpreter.

The dream interpreter insists Santiago reveal his dream to her. Despite his reluctance, he agrees. In his dream, a child transports him to the pyramids of Egypt and says that he will find a treasure. Santiago wakes up when he tries to tell him where the treasure is.

The interpreter tells him to go to the pyramids of Egypt in search of the treasure, and when he finds it, he is to give her 10%. Santiago meets an older man named Melchizedek, whom he tells about his love of traveling. Melchizedek says he’ll let him know the treasure’s location for one-tenth of his sheep.

Melchizedek explains the concept of a “Personal Legend.” It’s what every person knows they’re supposed to do as children until a force makes them believe they can’t do it. He says he often appears to people who are about to give up on what they’re supposed to do, so he fears Santiago is about to do the same.

The next day, Santiago brings Melchizedek his six sheep. Melchizedek tells him to find the treasure in the pyramids of Egypt and refers to a butterfly as the first omen. He gives Santiago two stones and says they represent yes and no, and they’ll help him interpret his omens.

In Tangiers, Santiago meets a man he pays to take him across the Sahara desert. The man leaves with all Santiago’s money and doesn’t return. A crystal merchant offers Santiago a job because he thinks it’s a good omen that customers came in when he was there. He takes the job, even though it wouldn’t earn him enough money to cross the desert. He wants to buy a new flock of sheep and return home.

The crystal merchant expresses his dream of traveling to Mecca. He reveals that if he did, he would have nothing to live for and would prefer ‌his dream intact. He agrees to build a display case to attract more customers as per Santiago’s suggestion. It does, and to drive more business, Santiago suggests the merchant sell tea. The company makes Santiago rich. He reconsiders going home and continues pursuing his Personal Legend.

An Englishman plans a caravan trip to seek a legendary alchemist. He discovered the Philosopher’s Stone (which turns any metal into gold) and the Elixir of Life (which grants everlasting life). Santiago joins in for the caravan trip. They talk about the stones, and everyone agrees to follow the caravan leader’s orders.

Santiago tells the Englishman about his life. The Englishman relates it to the governing principle of alchemy, called the Soul of the World. It’s the positive force of the world that works for the betterment of all things, living and inanimate. Santiago learns that the most crucial alchemy text is on an emerald tablet. He also learns about the Master Work, which has two parts: the Philosopher’s Stone and the Elixir of Life. They reach the oasis.

Fatima arrives, and Santiago tells her he loves her and wants to stay with her. She says she’s been waiting for him her whole life, but he should go. If they’re meant for each other, then they will be together.

Santiago talks to the camel driver, who talks about a seer (someone who understands the Song of the World). The seer told him that God occasionally reveals the future to someone, but only so they can rewrite it. The camel driver believes God revealed the future to Santiago through his dream.

Santiago speaks to the chieftains. An older man tells him he will lift the ban on weapons in the oasis for one day and be on the lookout for enemies. If Santiago is wrong about his dream, they will kill him.

Santiago meets a horseman, to whom he tells about his journey to pursue his Personal Legend. The horseman tells Santiago not to give up on his goal and to meet him there the next night if he survives. The horseman is the alchemist.

The following day, 500 armed troops attack, and the chieftains hang the commander. They reward Santiago with 50 gold pieces and ask him to become the tribal counselor. Santiago finds a tent he’s told has genies in it. The alchemist appears and tells him he shouldn’t be there unless his Personal Legend directed him to.

Santiago says goodbye to Fatima and travels through the desert with the alchemist. They travel for a week and rarely speak. When the alchemist says the journey is almost over, it annoys Santiago that he didn’t teach him much. The alchemist says he should have been learning through action. He tells him alchemy used to be much simpler, but men made it complicated by writing books about it. He tells Santiago to listen to his heart so he can understand the Song of the World.

Santiago tells the alchemist that his heart doesn’t want to continue. It’s afraid it will lose everything. The alchemist tells him that those pursuing their dreams will not have fear in their hearts. Every man has a treasure waiting for him. Santiago’s fear subsides. Tribesmen stop them and find that the alchemist has the Philosopher’s Stone and the Elixir of Life. When he explains what they are, the tribe members laugh and let them go. Santiago asks why he told them. The alchemist says people rarely believe a person who has treasures.

The alchemist says he is not worried. He believes Santiago already knows how to turn himself into the wind. The desert tells Santiago that he can have its sand to help him turn into the wind, but he’ll also need to ask the wind for help. It says it understands, but Santiago is too different from becoming the wind. It tells him to speak to the hand that wrote it all. Santiago speaks to the sun. He says when something realizes its Personal Legend, it needs to find a new Personal Legend. This is how the alchemist coaxes the lead to turn into gold.

The sun tells him to communicate with the hand that writes all. He does but feels he shouldn’t speak and prays instead. He realizes that the soul of God is his soul and that he can perform miracles. The wind blew hard. When the tribe members looked, Santiago was no longer where he stood; instead, he was on the other side of the camp. This pleases the alchemist. The chief gives the men escorts.

The alchemist tells Santiago that the pyramids are close and he must go alone. He finds the spot where he believes the treasure is and digs but finds nothing. Two refugees from the tribal wars find Santiago and take his gold. When Santiago still can’t find the treasure, they beat him to death. When Santiago tells them of his dream, they think he’s crazy. One of them tells him he had a dream about finding treasure, but he isn’t crazy enough to look for it. He describes the church where Santiago’s story began. Santiago knows where his treasure is.

Santiago returns to the church. He hears a voice in the wind that says God wanted him to see the beauty of the pyramids. He gets his treasure and goes to find the dream interpreter to pay her. As the wind blows, he feels Fatima kiss his lips, and he promises to be back with her soon. 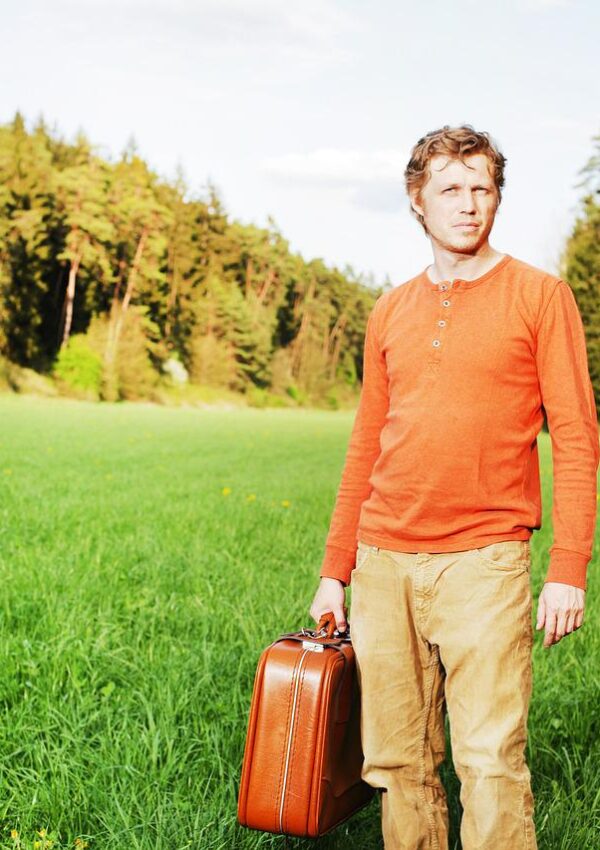 How To Create A Life Vision How To Stop Playing Small How To Increase Metabolism Whilst Sleeping